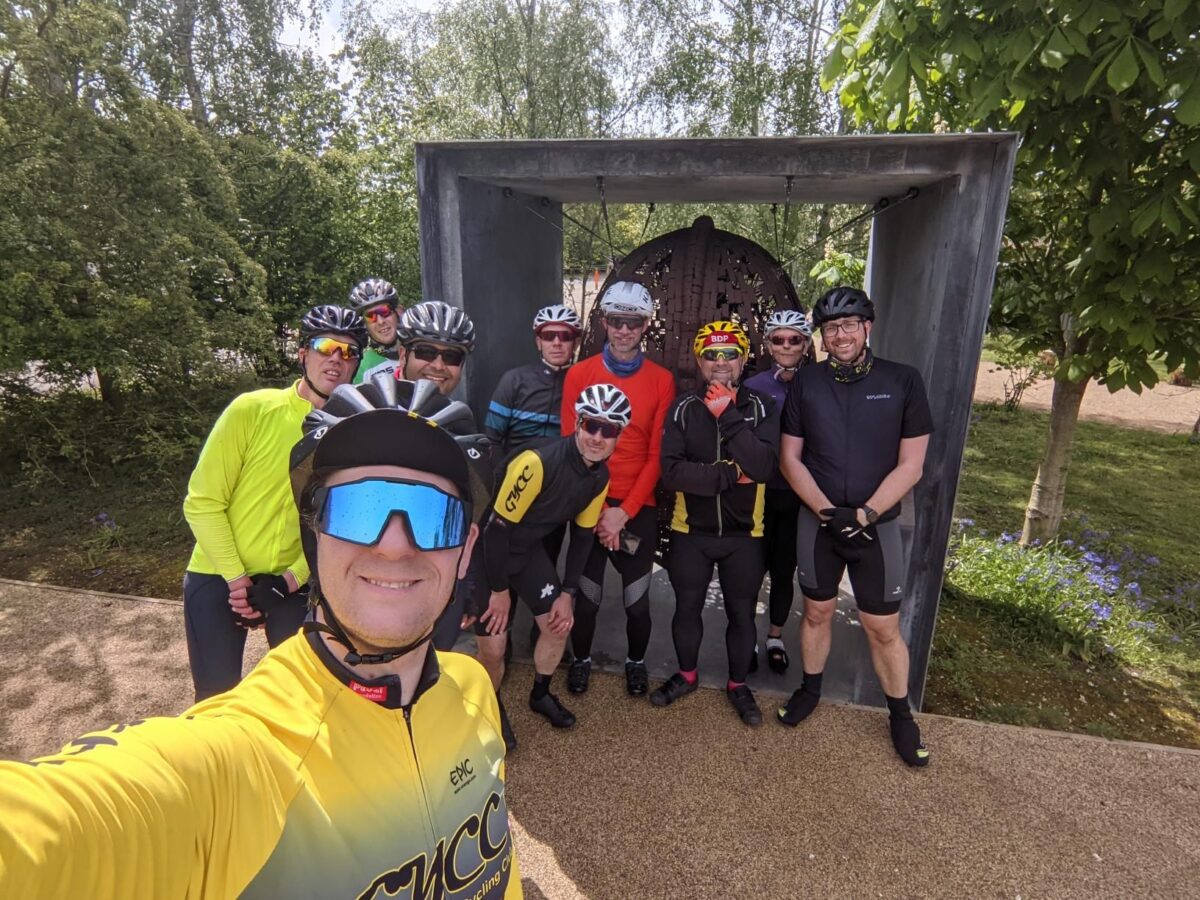 Sutton Hoo is just outside Woodbridge and is a National Trust site housing an Anglo Saxon Burial site. The ride was named Basil Brown after the person that dug up the mound to reveal all the wonderful artefacts.

The weather reports had said chances of heavy rain later, but we only found one little shower which was right near Sutton Hoo and the weather back was wonderful, no rain, clear skies and a wonderful tail wind.

We left at 08:20ish from the Cliff Tops in Gorleston and headed towards Oulton Broad via Lound and Blundeston. The members which started the ride included Ant, Alan, Babak, James, Justin, Kerstin, Mark, Paul, Rob, Warren, Jan, Christine and Jamie Hollis. Poor Christine was poorly from the start and pulled out near Halesworth along with Jan and Jamie, who was only coming for a little while anyway.

We got to the first cafe stop at the Rooster near Westleton to find it closed and carried on. We went through Leiston and carried on the main drag until we turned right towards Snape. We went along the back road to get off the main road with the traffic get busier by the minute. We found a lovely little pub called The Golden Key Inn which served us coffee but alas no cake, just before Snape.

After leaving poor Babak had a slight leak on his tubeless and was spraying everyone with fluid, except me because i was riding in to the distance. Babak just added some air and it self healed, which was cool. Not far from Sutton Hoo, we hit a little shower like i said earlier but it soon cleared and we hit Sutton Hoo in time for the sun to come out and warm and dry us up a little. After the normal photo shoot, we went in to Melton and found a little cafe called Honey and Harvey, it was quite expensive as a bacon roll was £6. But coffee is coffee and cake is cake. The clouds starting gathering and Rob suggested we make a move and off we went.

The route back was lovely, the roads were not too hilly and quite fast and we went through Wickham Market up through to Halesworth and on in to Carlton Colville. The tailwind was a great help to everyone and we were soon home. I quite liked the route, the scenery is wonderful in Suffolk in my mind.